JOA Impacting Regionalism in Sport and Beyond 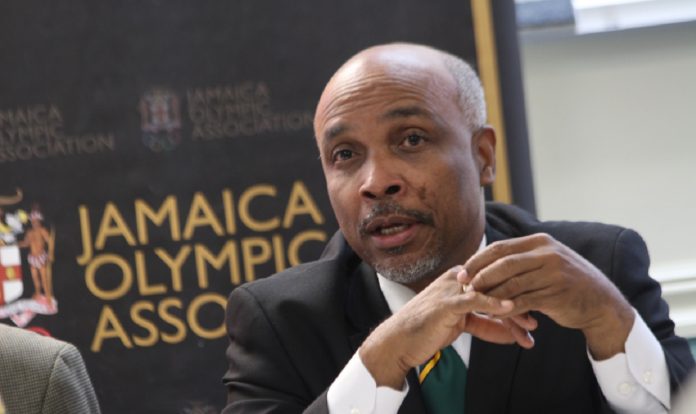 The current administration of the Jamaica Olympic Association (JOA) continues to place emphasis on the importance of contributing and influencing the dialogue of sport development regionally and internationally and creating platforms for meaningful advocacy on critical issues that will advance, qualitatively, multilateral relationships.

The recent appointments of JOA directors Laurel Smith, secretary general of the Jamaica Fencing Federation (JFF), and Gary Peart, president of Modern Pentathlon Association, to the Coaching and Education Commission and the Marketing and TV Commission of the regional body, Pan Am Sports (PASO), respectively, provide the governing body with yet another opportunity in the new quadrennial period ending in 2024 to be part of the cornerstone of a regional sport superstructure. Both gentlemen have replaced former directors Garth Gayle and Nelson Stokes.

JOA president, Christopher Samuda, stated that, “The evolving policy views and positions of the board of directors on various issues will be ably represented by Laurel and Gary, who will bring to bear in that framework their own perspectives in the dialogue for change and transformation.”

It has been the policy of the current administration, from its inception in 2017, to afford incumbent directors opportunities to serve in deepening the impact of Jamaica on regional and international matters in sport and to expose them, as far as is possible during term limits, to the Olympic experience in governance and administration.

JOA secretary-general and CEO and president of Skateboarding Jamaica, Ryan Foster, sits on the Finance Commission of PASO, which hosts the Pan American Games, as well as the Technical Commission of Centro Caribe Sports, which owns the Central American and Caribbean (CAC) Games. “Service is a voluntary responsibility to those who you serve and to whom you have pledged to lead responsibly,” Foster emphasised.

History-making and newly elected JOA first vice-president, Jacqueline Cowan, is the current general secretary of the Caribbean Zonal Volleyball Organisation and a board member of the North America, Central America and Caribbean Volleyball Zone (NORCECA), positions which allow her to interface with the sport’s leaders across the region in articulating the policy perspectives of her local board, of which she is the president, as well as the National Olympic movement. Cowan affirms that, “I am a sport administrator at heart and simply wish to give of myself in service to the Olympic movement and my country.”

Centro Caribe Sports (CCS), formerly the Central American and Caribbean Sports Organisation (CACSO), is currently undergoing a major rebranding exercise, and JOA’s second vice-president, Robert Scott, sits on the Marketing Commission, where he, along with regional colleagues, is scripting a new marketing and branding lease on life for the organisation which stages the oldest continuing regional games in the world. “As the world of sport evolves and matures so must leadership with accountability,” stated Scott, who is the secretary of the Jamaica Rowing Federation.

On the International Olympic Committee’s (IOC) Marketing Commission sits the first female treasurer of the JOA and the immediate past president of the Jamaica Badminton Association (JBA), Nichole Case, whose IOC appointment was also historic “as it is humbling and I accept and will discharge the duties of the office in honour of Jamaica and the Olympic movement”, Case said.

“Realism and optimism going forward” is the mantra of JOA director, Fabian Stewart, who, in his capacity as president of the Jamaica Hockey Federation, continues to be a respected influencer at the Pan American Hockey Federation (PAHF), the regional governing body.

The sport of football locally and regionally has the service and commitment of JOA director, Raymond Anderson, whose influence on the sport is both technical and practical as a Fifa, Concacaf, and Caribbean Football Union (CFU) match commissioner and a presenter and facilitator in regional educational workshops. Guided by the principle “loyalty over royalty”, Anderson’s commitment to the regional development of the sport, for which he is the senior vice-president of the JFF, is unwavering.

But the character of regional and international service in sport is admirably expressed in the veteran sport administrator, former principal of the G C Foster College of Physical Education and Sports, the recipient of numerous regional and international awards for service in various capacities, and JOA director, Yvonne Kong, who has guided, and continues to guide, many sportsmen and sportswomen, as well as sport organisations in various aspects of development. On receiving the Women in Sport Award from the IOC in recognition of her contribution to and impact on the development and participation of women and girls in sport, she said: “This award I have received, but the true holders are those whom I serve.”

Olympian, JOA director, and chairman of the Athletes Commission, Michael Frater, OD, is a global household name, and his contribution, while as an athlete and now as a sports administrator, to sport development is well known. On being inducted in 2015 into the Lettermen’s Hall of Fame by the Texas Christian University, Frater viewed that achievement as “a personal milestone, which carries with it a greater obligation to motivate and inspire. I am grateful to my university alma mater for this honour, which only reminds me of the importance of serving and the value of giving of oneself and one’s talent.”

To serve is a privilege, and for JOA president, Christopher Samuda, who is an executive board member of CCS and sits on regional and international commissions, the policy of the JOA is clear: “Service above self. Serve with gratitude and serve with integrity.”