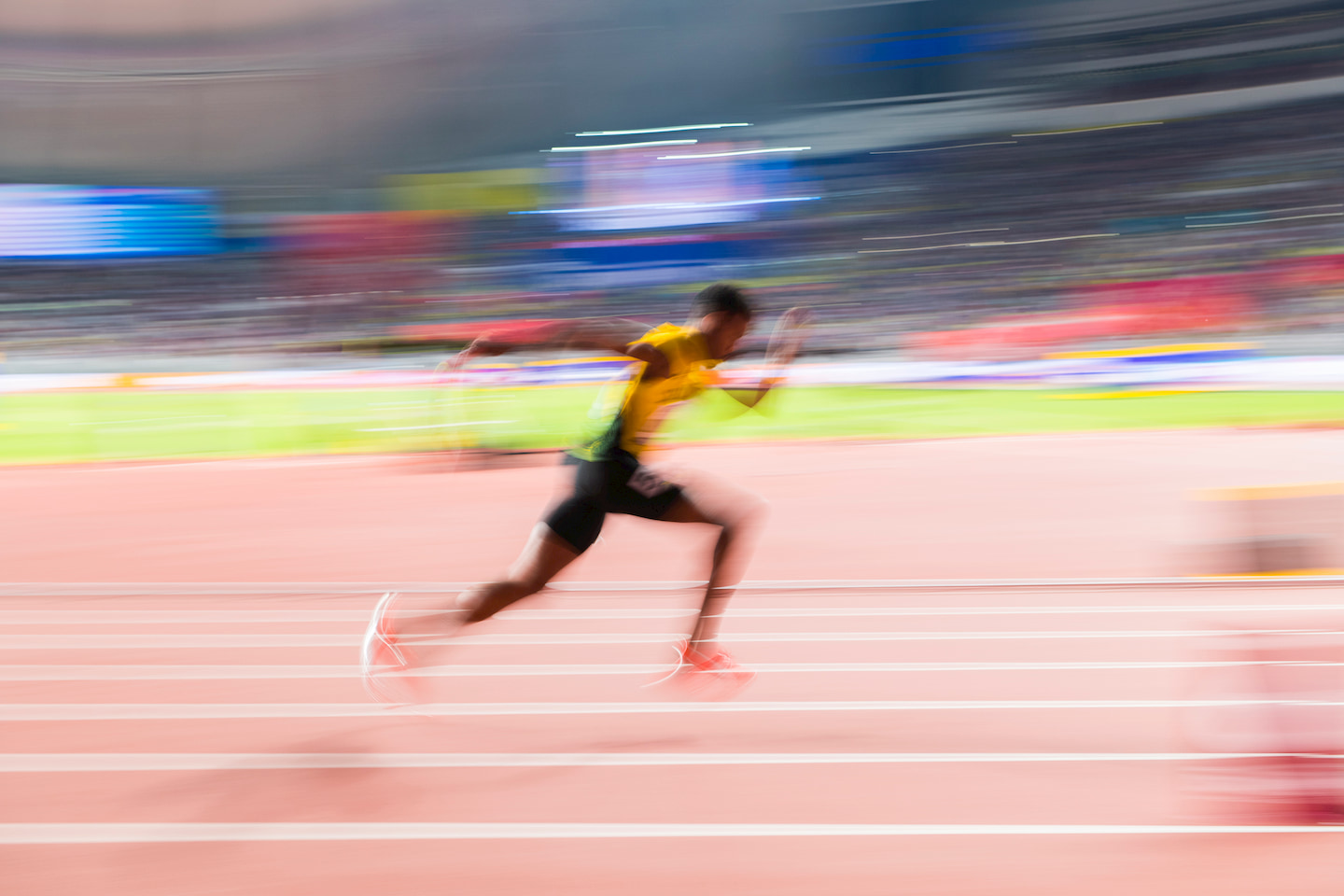 On the day of the start of the 4 x 100m relay preliminaries at the 110,000-seat Olympic stadium in Berlin, constructed under the supervision of one Joseph Goebbels, at the 1936 Olympic Games, US sprinters Sam Stoller and Marty Glickman were replaced on the team by Jesse Owens and Ralph Metcalfe.

To the casual onlooker the change made sense. Owens and Metcalfe were in fine form, having just mined gold and silver respectively in the flat 100m event, a fact which they confirmed in winning the relay gold medal in a world record time of 39.8 seconds. That record stood for 20 years.

The nascent seeds of change which were cast abroad that day were not of athletic pace and prowess, but rather, of administrative prejudice and power.  Stoller and Glickman were Jewish, and speculation soon spread that that fact underpinned their deselection given the prevailing circumstances at the time. These circumstances included the recently adopted Nuremberg laws in Germany which deprived German Jews of their citizenship and the United States Olympic Committee leadership of Avery Brundage, soon to be International Olympic Committee (IOC) president, who was a member of the American First Committee, an organisation viewed as sympathetic to the Nazis.  It is said that war is about old men arguing and young men dying. Sport is not too different

The point of this complex episode that I wish to zero in on is the purported words of Dean Cromwell, an assistant US coach, to Jesse Owens.  In that meeting before the preliminaries, Owens said that he was tired and had already won three gold medals; that Stoller and Glickman should be given the chance to run; the USA would win gold anyway.  Cromwell’s reported response was terse: ‘You’ll do as you’re told.’

Rex Nettleford left us many riches in culture, thought, and language.  The interpretation of the profundity and meaning of: ‘A botoo in a Benz is still a botoo’ could fill volumes.  Equally succinct, in describing a 400-year process, was what he popularised as the ‘smadditization’ of Jamaican Society.

The idea of ‘smadditizin’, or becoming recognised as somebody, was originally developed by Jamaican Philosopher, Charles Mills, and ultimately presented in his article of the same name published in the Caribbean Quarterly Journal in 1997.  Mills, elsewhere, described the process of ‘smadditizin’ as “the struggle to have one’s personhood recognised in a world where, primarily because of race, it is denied”. Nettleford, for his part, has been quoted as saying “Every jack man and woman in Jamaica now felt he or she was somebody because Michael (Manley) had ripped away the colonial mindset of inferiority and imbued Jamaicans with a sense of confidence and self-worth. This was something no value could be placed upon”.

This connection is confirmed by Orlando Patterson in his most recent book, The Confounding Island. In delving into the ‘combative individualism’ of Jamaicans, Patterson refers to the work of Dutch Social Psychologist, Geert Hofstede, which found that “Jamaicans are reluctant to accept unequal power and are characterised by independence….a dislike for control and a preference for direct and participative communication”.  Unlike Stoller and Glickman in 1936 therefore, Jamaican athletes in Sydney in 2000, at the whiff of the unfair treatment of up-and-coming Peta Gaye Dowdy in favour of the legendary Merlene Ottey, took to a protest, worthy of Half-Way Tree, at the Olympic Village. The matter was eventually resolved due in large part to the intervention of Don Anderson, though questions lingered for years including where on earth did the athletes find cardboard and charcoal to make placards.

Issues in the Global Village

Globally, athletes are growing in power and influence.

The inequity of the NCAA system of sport governance in American colleges is under pressure.  The root cause of the problem is as old as the formation of microeconomic systems themselves, that being, the earning gap between the generators of value and the accumulators of value.  In 2014, the top ten sport revenue-generating colleges averaged US$144.8 million while spending only $12.4 million on scholarships. The gap has only grown over the years. The imagery of throwing peanuts to the monkey in a circus is repulsive for the socially conscious but the issues at stake are complex.  Momentum though is in favour of providing more avenues for athletes to earn from the use of their skills, image and likeness. California’s Governor recently signed a bill that empowers athletes to earn and directly challenges the NCAA. The NCAA will not prevail. The tide is in favour of the athletes.

Emblemised by the media event of ‘The Decision’ where he declared “In this fall, I’m going to take my talents to South Beach and join the Miami Heat”. LeBron James has wrested power away from the National Basketball Association and the supporting sport agent structure and distributed it to athletes and agents from unlikely backgrounds, including his own agent Rich Paul of Klutch Sports Agency.  In this regard, King James seems more like Robin Hood or some romanticised version of Jan de Lichte than Michael Jordan who, in explaining why he stays away from polarising issues, famously declared “Republicans buy sneakers, too”. We now live in the so called ‘player empowerment era’. The strategic use of free agency, and the growth of player-owned and run media is a direct consequence of King James’ leadership and example.

The Olympic movement itself is being challenged by the increasing ‘smadding’ of athletes.  Two cases in point are current.

IOC Rule 40, is intended to protect the exclusivity and thus enhance the value derived by IOC Partners.  It makes sense of course for the IOC to do this. Diluting what it has to sell reduces the price it can fetch.  Without this income the structure weakens including the admirable Solidarity Programme which has supported countless athletes, who otherwise would have no means of pursuing their Olympic dreams.  That however is the easy part. Increasingly, athletes wish to provide some benefit to those who have supported them directly. While this potentially opens the door to guerilla marketing by, for example, Pepsi over Coke, the truth is that many mom and pop stores who support athletes from their communities, cannot even properly give or receive congratulations for their support of said athletes.  The restrictions too on the use of social media from the athlete’s villages and at event locations during the Games seems somehow out of step with the reality of the daily lives and communication patterns of the ‘youth of the world’ who have gathered to compete in the Games.

More troublesome is the fact that Rule 40 is speeding headlong into a collision with commonly accepted restraint of trade and competition law.  A challenge to the rule in Germany has already led to a ‘relaxation’ of the rule for German athletes. While the IOC has been adamant that the relaxation of Olympic advertising restrictions is only applicable to the German Olympic Committee, and not internationally, this is not sustainable. The USA and Australia, among others, have been proactive in relaxing the application of Rule 40 guidelines while the British, being British, have responded to the challenge of the rule by the likes of Mo Farah, Katarina Johnson-Thompson, Laura Muir and Adam Gemili in a quintessentially British way, which is to say, language itself has been loaded – “Since we learned of the legal challenge – through the media – we have proactively sought to understand the athletes’ concerns and who, in fact, we are negotiating with – athletes, agents or commercial organisations.”

The second case within the Olympic movement has to do with new guidelines issued by the IOC which seeks to prevent athletes from engaging in protests of any kind during formal events, such as medal ceremonies.  Avenues for the expression of personal views will be provided in a prescribed environment. This will not end well. ‘Smadditization’ cannot be reversed or controlled. In fact, a challenge to the ‘smaddiness’ of an individual is an invitation to stand up and be counted.

It is important that I make it clear that I do not write in any official capacity as a sport administrator locally or internationally, but rather as a social scientist, and public intellectual.  It is always easy to speak about a thing, more difficult to write about it and most difficult to do it, but it must be done.

In his very thoughtful keynote address at the RJRGLEANER National Sportsman and Sportswoman of the Year Awards held on Friday, January 17, 2020 at the Jamaica Pegasus Hotel in New Kingston, Douglas Orane opined, “I now recognise that one of the biggest tectonic shifts worldwide in the last two decades has not been on the playing fields, but instead in the professionalisation of the administration of sports”.  To this, I would add the ‘smadditization’ of athletes. What does that mean? Athletes will increasingly claim, manage and monetise their own economic value, led by the development and proliferation of their personal brands.  These assets are not for the use of administrators except by appropriate leave granted by athletes for which they must be compensated. The selection, deselection, and treatment of athletes must be fair, transparent and defensible and the systems and arms-length relationships needed to ensure this, to include a fair chance at appeal, must be in place.

An athlete showing you bad face is not a reason to leave her off a team, administrators cannot ‘carry belly’, as I heard it described, for athletes. In the swampland of doping allegations and defence against adverse analytical findings, access to and transparency of the process of justice must be easy and evident. Justice unaffordable is justice denied.  In other words, as strange as it may sound, and stranger still that I have to write it, there are universal rights and standards of governance that should be afforded ‘even’ to athletes because like it or not, ignore it or not, they are ‘smaddy’, and the future is theirs.

Viewpoints is committed to expanding its range of opinions and commentary. Share your views about this or any of our articles. Email feedback to viewpoints@gleanerjm.com and chris@nchristianstokes.com.