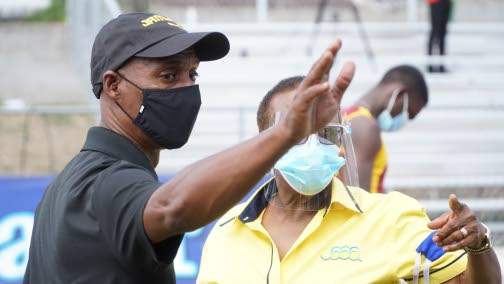 National sporting leaders have expressed appreciation for Supreme Ventures Limited’s $45-million contribution to sport as they exhorted the advantages presented in this difficult period owing to the pandemic. This includes providing a launch pad for their activities.

Supreme Ventures freshly inked the three-year contract with local sports apex body, the Jamaica Olympic Association (JOA), and with major international events on the horizon such as next month’s World Relays in Poland and the Summer Olympic Games in Tokyo, Japan, beneficiaries underscored its importance.

“We witnessed a very important activity that has now led to the continuance of our sports here in Jamaica,” viewed Gayle. “Certainly sponsorship is a critical element to the resumption of sports and the ongoing development of sports and I am delighted by the show of faith from Supreme Ventures in the Jamaica Olympic Association.”

“It really exemplifies all the work that we have done streamlining our operations and ensuring that we have a solid base in which to support the development of sports and promote the Olympic movement. So we are indeed honoured that this definitely shows that we now have a foundation in which to continue our dream.”

She added: “It is truly symbolic because when I first became president, one of the first major sponsorships that we actually received was from Supreme Ventures and that allowed the Jamaica badminton team to actually strike gold and become the Caribbean champions. I cannot tell you how much that propelled such a developing sport in getting that kind of commitment.

“Having seen that, it really demonstrates that what we need to do is to just continue to invest in the talent that we have here in Jamaica and as mentioned, corporate sponsorship is critical to that. And though we have suffered with the pandemic, this type of sponsorship, we hope, will now propel other corporate leaders in recognising that this is a viable instrument in redeveloping our nation,” underscored Case, who is also a JOA director.

Sports has largely been sidelined since the real onset of COVID-19 in Jamaica in March 2020. Track and field’s major events are upon their shoulders and Gayle referenced the donation as timely, not only for his body, but all sporting associations.

“In regard to athletics, our athletes continue to train, notwithstanding the pandemic and the fact that we have to be careful and safe in how we carry out and execute their preparation leading into the World Relays coming up and the Olympics in Tokyo. So what Supreme Ventures has done is great in terms of philanthropy in helping sports,” Gayle analysed.

“It’s very important that all sports be considered in the scheme of things. There are the elite sports, and I like to use the word elite sports, versus the smaller, fledging associations,” he explained. “But we are all one and so through the JOA, the coming together, the sharing of what this sponsorship will bring, is surely an excellent tool in bringing together the country, especially in this time.”

The JAAA has since withdrawn its team from the World Relays.