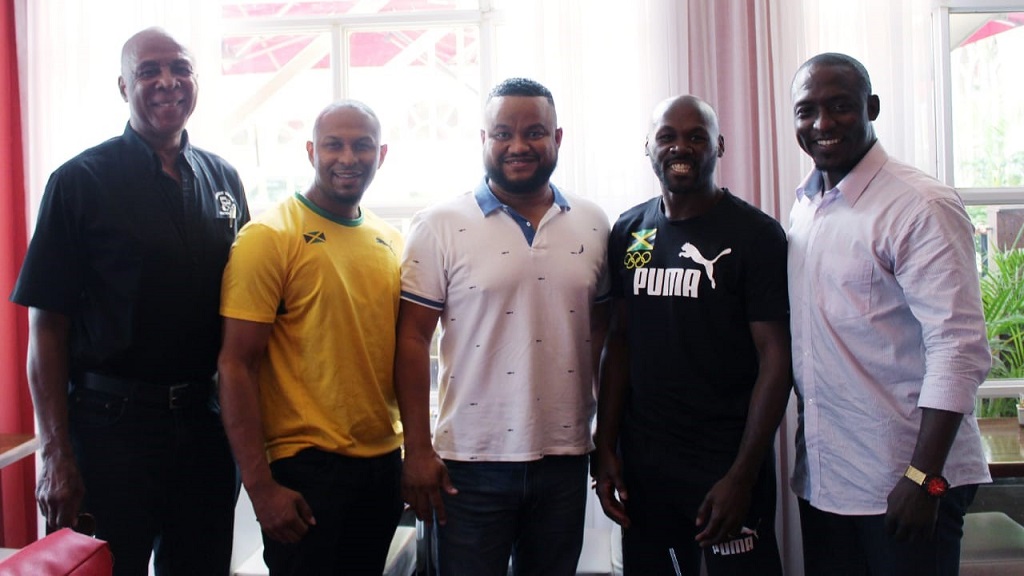 For the time being, the coronavirus (COVID-19) has become a roadblock to Alton Brown’s dream of representing Jamaica in karate at the Tokyo Olympic Games, which was originally scheduled from July 23 to Sunday, August 8 this summer.

The Tokyo Olympics, which has been postponed as a result of coronavirus, will now open next year in the same time slot scheduled for this year’s games.

While his efforts at qualification have been curtailed with no action in the ring, the Jamaica Olympic Association (JOA) Pathway to Success athlete continues to give of himself in his usual busy manner, most lately on Sunday when he and others from the karate world got together online to highlight World Lupus Day. The team drank coffee, shared experiences, and stretched for over an hour as individuals trumped in with financial donations for Lupus UK, whose work includes ongoing research for the disease.

Brown, who has dual nationality in Jamaica and Britain, has participated in a number of initiatives and motivational sessions for youth upliftment, including the Fairfight India Project in October last in India, a social development undertaking aimed at empowering young women from extremely challenging backgrounds through the mental and physical benefits of karate.

He said: “The JOA as part of its Pathway to Success embarked upon a 10 in 20 campaign to try and get 10 sporting disciplines represented in one Olympic Games. Karate was selected as one of the sport that would be part of this campaign and to date, we have not been disappointed. We have spent over the last two years or so over five million dollars on their three main athletes’ preparation and participation in competitions in preparing them for the Olympic Games.

“Alton has been an exemplary athlete for the sport to date and his achievements have been part of the legacy that we are creating at the JOA. We have had many firsts since 2018, such as our medal haul at CAC, PanAm and Commonwealth Games and we believe Karate will be represented at the Tokyo Games,” he highlighted.

A decorated fighter who won the silver medal in the 75 kg (middleweight) division at the 2019 Pan American Games in Lima, Peru, Brown has over 30 British and English national titles, was the European Junior Champion in 2003 and a World Champion, in his shotokan specialty.

Much of his inspiration has come from the murder of his 21-year-old brother to youth violence. The fighter has turned that pain into purpose and stepped up his mission to support young people to become better versions of themselves.

During his 14-day stay with the FairFight team in Varanasi, they provided a two-day seminar for the local karate clubs, which focused on upskilling their competition squads and inspiring novice students. The 36-year-old, who ranks among the top 25 fighters in his division, also visited the Disha house girls to meet them and answer their questions. He was able to get a real sense of the issues facing young women in poverty – especially poignant for a father of two daughters – and considered it a ‘blessing’ to have participated.

“I was absolutely honoured to be asked to become an ambassador for this organisation. To have the opportunity to use my experience and skills as a Jamaican athlete to support the development of others, particularly young people, is a blessing,” said Brown.

“Gender equality is a top priority for the Olympic Movement. It’s all of our responsibility to contribute to building a peaceful and better world by empowering youth without discrimination of any kind. Karate has given me so much, it has taught me resilience in the face of adversity, it has made me able to better adapt in order to pursue success and I’m a big believer in the phrase, ‘Each One should Teach One’. We all have a role to play,” emphasised Brown.

Nathaniel Peat, Technical Director of the JKF, lauded Brown’s usage of the sport in his philanthrophic efforts.

“It’s fantastic that our athletes are committed to developing young people, and particularly Alton Brown, who extended this to India. Alton truly has a heart of purpose and the Jamaica Karate Federation fully supports his efforts to help inspire young people through the vehicle of martial arts,” said Peat.

“The greatest significance in this life is found through service and Alton has encapsulated this in his being as an international sportsman. He is a true ambassador for Jamaica karate and we fully support him in his mission to lift youth globally,” Peat added