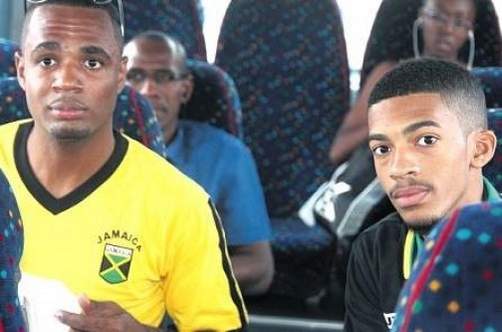 JAMAICA’S top table tennis players, Simon Tomlinson and Kane Watson, are now in camp at Broward Table Tennis Club in Florida as part of their preparation for qualification tournaments for the Tokyo Olympic Games.

The Jamaica Olympic Association is sponsoring the camp under its ‘Olympic Invest’ programme and Jamaica’s top brass in the sport are in a “get straight down to business” mode.

Tomlinson asserted his pedigree in winning the in-house tournament by beating the number one-ranked player in Florida, Richard Ciz, 3-2 in the quarter-finals on his way to the finals where he prevailed over Cuba’s Jose Alvarez 3-1. Watson just missed a berth in the quarter-finals as he was beaten by top Colombian player Jonathan Santamaria.

Tomlinson said that “so far we have started off on a good note and we hope to keep the momentum going”. For Watson, the camp is refining their game and getting them reconditioned to high-level competition.

Both Tomlinson and Watson are being conditioned daily under the expert eyes of coaches from Cuba, the Czech Republic and Colombia, and will benefit at the camp from an intense practice match and competition regime as they look in earnest to an appearance in Tokyo.