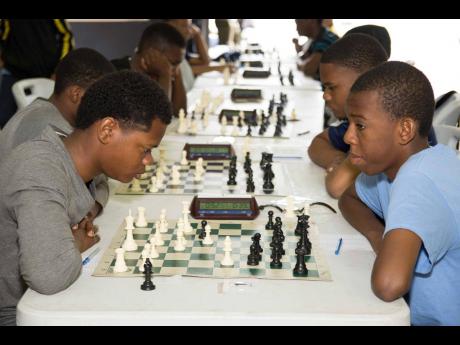 National Master Akeem Brown has been named one of the first four beneficiaries of the Jamaica Olympic Association (JOA) scholarship programme which launched this year. Brown will be awarded $500,000 per annum for three years. The initiative was developed for local athletes and sports administrators in their membership who want to pursue undergraduate studies but cannot afford to.

Brown is a business administration major at the University of Technology, Jamaica, and Jamaica Chess Federation (JCF) President Peter Meyers says Brown’s journey to success in chess, in spite of great challenges, made him deserving of the assistance.

“When Akeem came to me to ask for the JCF’s support and I saw what he wrote about his circumstances, I was immediately moved,” Myers said. “I always saw Akeem as an extremely successful Young Master, with many chess achievements under his belt from a very young age, but I didn’t fully understand what he had to go through to become one of the top players in the country. He is very deserving of this scholarship.”

Brown had a successful junior career, as the St Jago High School past student became the youngest player to attain the title of National Master in Jamaica and captured seven National High School Chess championships for the school.

At the senior level, he placed third in the National Chess Championships, which were held in February.

Myers says that he hopes that persons will be able to see the possible opportunities in chess.

“This is a big deal because we see it as the first of many to come,” he said. “We want our players, funders, and other stakeholders to start to make the important connection between chess and scholarships.”

Brown qualified for the national team, which is now preparing for the 44th Chess Olympiad that has been rescheduled for next summer in Russia.