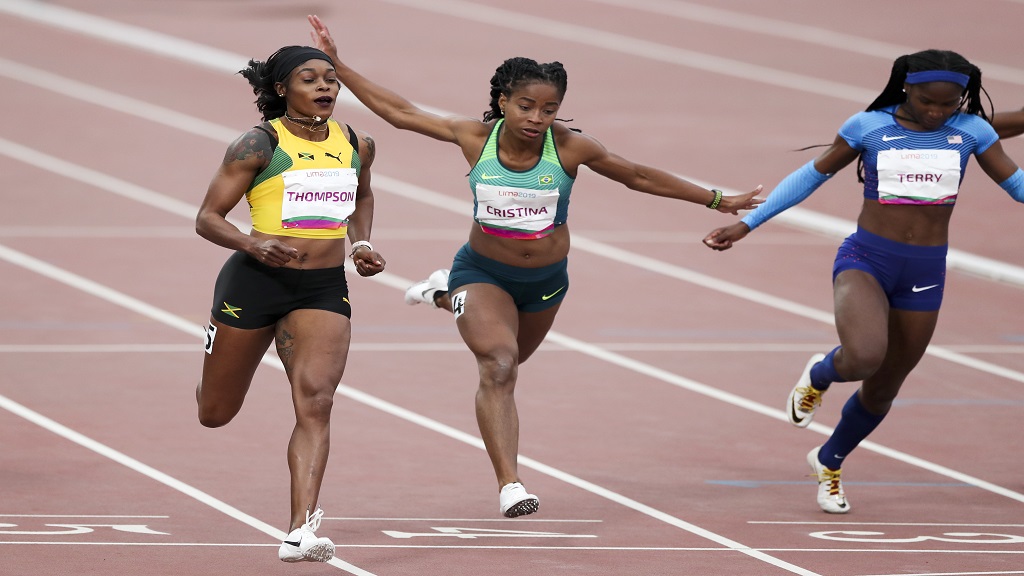 The Jamaica Olympic Association (JOA) seems to understand the business well, as its focus on the human capital – athlete, coach and administrator – in building capacity and ability, is clear and having results.

“I believe that they’re playing a very good role in helping with the funding of athletes,” said national 400m runner, Demish Gaye. “I believe the funding is very good because it helps to fuel certain things that we couldn’t deal with ourselves.”

Alton Brown, a karate representative who is currently in the qualifying process for the Tokyo Olympics, also weighed in.

“With the JOA’s support we were able to take a team to last year’s Pan American Championships where we made history. My colleague Jessica Cargill qualified for the Pan American Games and I made history for being the first-ever Jamaica karate athlete to medal at a major continental championship,” said Brown.

JOA President, Christopher Samuda, in reflecting on the mission of the governing sport body, stated: “The athlete is why we administrators and the coaches are here, why we are doing what we are doing and why we are re-engineering and revolutionising the present for the benefit of tomorrow’s generation in sport.”

Strategic spend of the new administration on the development of athletes in their pursuit of excellence and the sound investment made in advancing the expertise and skill sets of coaches and administrators are the foundation of any modern and innovative model of sustainable development in sport.

In looking at the financials of the JOA in sport for 2017 and 2018, the new administration invested heavily in athletes, coaches and administrators devoting over $200 million to skills training and education, competition preparedness and matriculation and the staging of courses.

JOA Secretary General/CEO, Ryan Foster, hits the nail pointedly on its head: “Look, the athlete, coach and administrator are for us synonymous with strategic investment and bankable returns. Our strategy is to invest, re-invest and the rest is history.”

If the 2018 Commonwealth Games, 2018 Central American and Caribbean (CAC) Games, and the 2019 Pan American Games are used to measure achievement, then the JOA has passed the test with flying colours. All those Games were historic – the most medal haul, the most participating sports and the largest contingencies.

Knowledge is power and is gained through training and education. JOA’s emphasis on the two, through its self-styled ‘Stamina’ expert delivered educational series and its new degree JOA Scholarships and practical internships — all of which are products of the incumbent administration — tell a story of empowerment.

Driven by its sport education agenda, the administration will be staging in September, for the third time since coming into office in mid-2017, the intense six-month Advance Sports Management Course (ASMC), another historic achievement of the new administration, which places the education of athletes, coaches and administrators at the top of its agenda.

“I think the President has a clear vision. He has translated this to his team and all the member associations and we’ve accepted it,” observed Jerry Benzwick, Chairman of affiliate body, the Jamaica Rugby Union.

Michael Frater, Jamaica’s multiple Olympic and World Championship relay gold medallist, and Chairman of the JOA Athletes’ Commission, said: “What is important is building foundations for the different organisations here. We’re a powerhouse in track and field, but we’re also trying to develop other sports as well. That’s where the JOA is doing a very good job, building up the so-called smaller sports.”

Sport development requires a strategic agenda and JOA continues to give focus to building coaching expertise in facilitating participation of coaches from a wide cross section of sports including handball, fencing, badminton and karate in customised courses.

“I really want to thank the JOA and recognise their financial investment in the Jamaica team to assist us to qualify for the Pan American Games,” said Nathaniel Peat, World Karate Federation technical director for the Jamaica team and lead delegate for Jamaica’s karate team at international meets.

What will be next for the JOA as it pursues aggressively its education agenda, is a question being asked with great expectancy: What is the value of training and education to the business of sport?