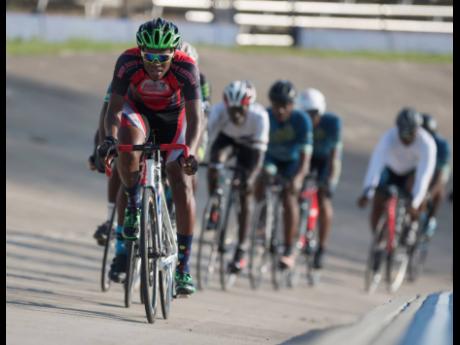 JAMAICA OLYMPIC Association (JOA) President Christopher Samuda has assured sporting associations and athletes who are still pursuing Olympic qualification, that the financial obligations made by the association will be fulfilled.

The decision to postpone the Games came after pressure from countries and athletes, who threatened to withdraw from the event out of their concern about the spread of the virus, which has now infected over one million people worldwide.

Jamaica was looking to gain qualification in sports with lesser national profiles, such as rowing, skateboarding, wrestling, cycling, rugby, karate and taekwondo, as part of the administration’s 10-in-20 campaign.

With the postponement of the Games and the subsequent qualification tournaments, Samuda says that the JOA will honour any financial pledges made for their respective campaigns.

Furthermore, Samuda says that they are awaiting word from the International Olympic Committee (IOC), as well as the international governing bodies of the respective sports, for guidance on how the qualification events will be rescheduled and any revised criteria that may be in play for the new timeline.

“Some of (the athletes) still have their qualification results to come, and so we have to look to the IOC and the various international federations in order to set the agenda for those qualification tournaments,” he said.

The IOC already confirmed that any athlete that has already qualified for the Games before the postponement will keep their place for next year’s staging of the event.

While this will be the first time that the Games has been postponed in the event’s history, Samuda doesn’t foresee any difficulty in adjusting their preparations for next year.

“We are always in a mode of forward planning at the JOA. So in other words, we have started our planning for other Games,” Samuda said. “What we simply need to do is to adjust our planning, but I certainly do not anticipate any challenges where that is concerned.”