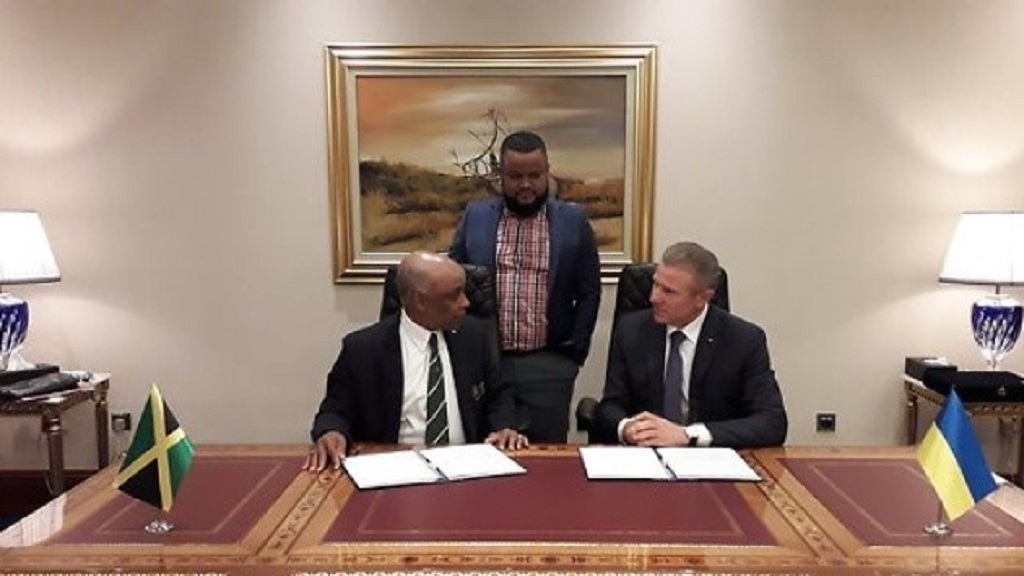 The Jamaica Olympic Association (JOA) and the National Olympic Committee of Ukraine have signed a Memorandum of Understanding (MOU) under which the exchange of coaching expertise, technical and scientific research and sport medicine capabilities across the disciplines will take place.

The MOU was signed recently in Doha, Qatar, where the General Assembly of the Association of National Olympic Committees (ANOC) was held.

In describing the historic signing, JOA President, Christopher Samuda, said: “I believe strongly in building solid bi-lateral relationships across the region and continents in the interest of athletes, coaches and the universal development of sport.

“Plain and simple – the JOA is all about building capacity and creating a sustainable foundation for value-based and functional global partnerships. We welcome this MOU which expresses and operationalises the value of comity in sport,” he added.

President of the Ukraine National Olympic Committee, celebrated Olympian, Dr Sergey Bubka, in expressing his extreme pleasure in inking the MOU, remarked that he is confident that “both our National Olympic Committees have rich experiences and achievements in the sports sphere to share and which will be mutually beneficial for the development of sport and Olympic Movement in our countries”.

President Bubka further expressed that he looked forward to a “fruitful co-operation” between Jamaica and Ukraine.

The signing ceremony was brief, at the JW Marriott Hotel, but the parties who were part of history being made expressed confidence that this was the beginning of a viable and long relationship.

The fields of co-operation under this historic MOU are comprehensive and include ‘Sport for All’ programmes, the management and maintenance of sport facilities and the hosting of training camps.