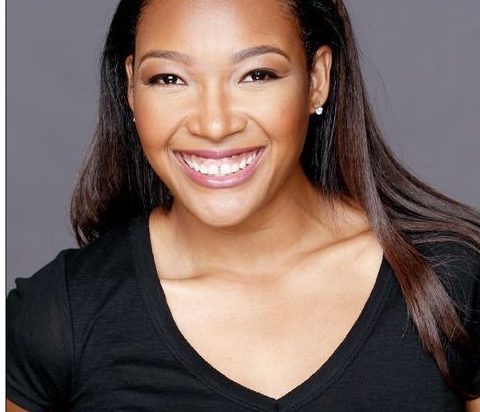 KINGSTON, Jamaica: In its ever-expanding goal to advance sport, the Jamaica Olympic Association (JOA) has established a partnership with Global Jamaica Diaspora Council to raise £1M (J$200 million) in a deal defined as the ‘Dollar Plan’.

Indicative of its tagline, the project proposes the contribution of a dollar each from Jamaicans in the Diaspora, which will go towards the development of Jamaica’s sport and its athletes.

“For the JOA it is the ‘Diaspora Connection JA’ under which will be creating and deepening partnerships with our own across the global landscape as we advance and export our sport agenda for change and transformation. This connection with the Diaspora will be ‘live and direct’ in capitalising our various initiatives that we are pursuing for the benefit of our stakeholders, particularly our members and their athletes, coaches and administrators,” said Christopher Samuda, President, JOA.

“A signal game changer, this is what sport development and the business of sport are all about – revolutionising the infrastructure of sport beyond domestic boundaries, building strong and viable partnerships cross-borders, commercialising networks for net worth, monetising brands and establishing a presence in international markets,” Samuda added. “The JOA is progressing with the changing times and dynamics in sport.”

Ryan Foster, the JOA’s Secretary General/CEO, referenced partnerships adopted within the past four years while outlining the importance of this initiative.

He said: “With the expansive and inclusive approach of the current JOA, it is imperative that we continue to find more innovative and creative ways to monetise the assets of the JOA. We have done well thus far with new sponsors Mayberry, Starlight and Supreme Ventures and the expansion of the sponsorship value from existing sponsors Toyota and Marathon.

“However, this Monumental Project will change the landscape of how we continue to develop sport, particularly the non-traditional ones,” Foster explained. “The Dollar Plan will run for a six-month period within which the JOA and the Global Jamaica Diaspora Council will have various activities to engage the Diaspora on this project. A part of the drive will include giving donors the ability to donate to a specific sport of their choice by contributing a minimum of £1.

“The goal is to raise at minimum £1M or JMD$200 million from this project and we are very excited that Shauna (Chin) and Nathaniel (Peat) from the Global Jamaica Diaspora Council has partnered with us and we will have many giveaways and prizes for donors over the course of activity,” said Foster.

“I’m excited to be a small part of helping to groom our athletes,” said Chin, an actress and activist.

“It is no secret that Jamaica has produced some of the greatest athletic talent this world has seen. One of the challenges remains proper funding. If we can each give a dollar, oh what wonders we will be able to achieve,” she remarked.

“Jamaica is full of so much sporting talent and yet still the smaller associations and federations struggle with finance. The JOA provides so much support, but they need more help to ensure that all athletes can have the same opportunities. We are proud of every single athlete, but they lack the basic things that other countries get,” bemoaned Peat.

“The Jamaica Olympic Association really requires the help so that they can have more sports represented at the Olympic Games and other international sporting events,” he added. “Within the Diaspora we are committed to help Jamaicans who are aspiring to become tomorrow’s champions succeed. We need the Diaspora’s help to invest in the future of sports.”

Foster informed that monies raised will go towards the four-year preparation and qualification of more Jamaican athletes and additional disciplines for the 2024 Olympics.

“We are in the planning phase now with a view to launch this initiative using various crowd-funding and donor platforms. The monies raised will be reinvested in our members and their athletes over the next quadrennial and will be geared towards getting more sports in the next Olympic Games in France 2024, creating the foundation for the next generation as well as to push greater opportunities for our athletes to self-actualise,” shared Foster.

“We are excited that the Diaspora has seen the vision that sport is not just about what happens on the field of play, but it transcends lives and that sport is bigger than just a few sporting disciplines in this country,” he added.

“We have seen the results of our investment with judo, squash, gymnastics, rugby, boxing, netball, skateboarding and karate, to name a few. For the first time we have judo in the Olympics, diving and gymnastics have repeated qualification for the Olympic Games for the first time and boxing will be at the Olympics for the first time in 25 years. We have to develop a platform that continuously produces world-class athletes and we believe this creative initiative with the Diaspora will do so.”