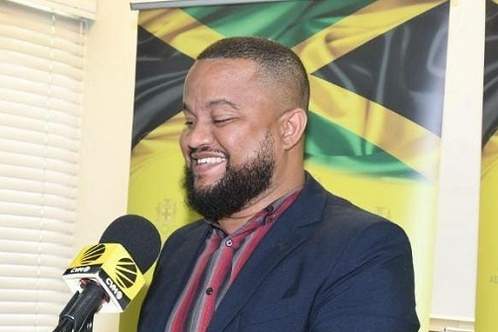 KINGSTON, Jamaica — Jamaica is set to become the first Caribbean nation to be engaged in the eqUIP Internship programme, with the appointment of an accounting officer this year.

According to the Jamaica Olympic Association (JOA), the programme has been up and running under the auspices of the Commonwealth Sport Foundation (CSF) since September 2014 within Europe and Africa, and has over 60 placements in 18 different Commonwealth Games Associations (CGA) so far.

“The Commonwealth Sport Foundation (CSF) is very excited to be launching its Commonwealth Youth Sport Leaders Programme (eqUIP) within the Caribbean region. We are elated to launch this pilot in collaboration with the Jamaica Commonwealth Games Association (which is functioned by the JOA) and look forward to the recruitment of a young aspiring Commonwealth leader,” Brathwaite said.

The association said the eqUIP Internship is expected to assist CGAs in the development of their organisational capacity through the appointment of interns from local tertiary educational institutions. It noted that each CGA (in this instance the JOA) and the local university work together to identify CGA development objectives and projects that interns will complete.

The JOA noted that the programme is, however, far more than just the placement of interns into CGAs.

“They will spend the next 12 months at the JOA delivering special projects and strengthening the capacity of the CGA, while continuing to develop their skills to further enhance their personal and professional development,” Brathwaite informed
Last year, the JOA initiated its own Internship programme, which also focuses on capacity building for its members in developing proposals for sponsorship and plans around other critical organisational elements that facilitate a corporate structure.

Secretary General of the JOA, Ryan Foster, said: “The Jamaica Olympic Association (CGA) will continue to find avenues to develop and create opportunities for our members to not only earn, but to also make a meaningful contribution to sport development and the improvement of the overall governance of the association.”

“The field of accounting was chosen as it was seen as a key strategic avenue to strengthen the overall corporate governance and financial compliance of the Association and to continue our theme Business Unusual,” Foster added. “Financial governance has been a major thrust of the JOA and recently our internal controls were tested by our external auditors KPMG and by PWC, through the IOC.”

The association noted that it is in this critical area of accounting that the CSF/JOA appointee will be engaged under the eqUIP Internship Programme and based at the JOA’s headquarters on Cunningham Avenue in Kingston.

Interested and qualified applicants can send a cover letter and resume to equipinternship@gmail.com by March 30.

“We look forward to welcoming the successful applicant who will join this global Commonwealth programme and who will no doubt add enormous value to the CGA and the wider Commonwealth Sports Movement and make a positive contribution to their community through sport,” Brathwaite remarked.