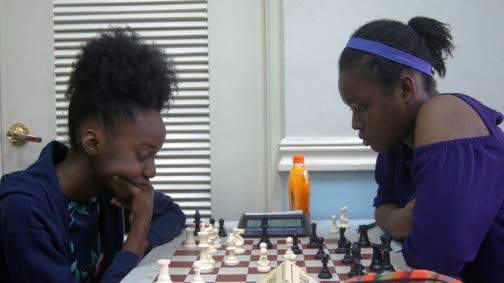 In his seventh appearance at the premier event, FM Smith rose to the occasion to defend his championship title and finish two points ahead of the field on 9.5 points. This comes amidst a decline which saw him unable to defend any of his Jamaica Chess Federation Grand Prix titles recently.

“I’m really thankful that I was able to achieve such a great performance after being in poor form last year,” a jubilant FM Smith said.

Despite winning the championship with a round to spare, FM Smith still showed his form as he slayed former national champion Candidate Master (CM) Andrew Mellace’s Dragon variation of the Sicilian defence in their 44- move encounter. FM Smith remains confident ahead of the 2020 Chess Olympiad set for August in Moscow, Russia as he gears up for his second visit to the prestigious team event.

Eighteen-year-old FM Raheem Glaves finished in second place for the second-consecutive year on 7.5 points. His final-round game against FM Malaku Lorne ended in a draw after both players realised they were in a drawn position with no possible advantage for either side.

For 16-year-old WCM Adani Clarke, there was no greater feeling than winning her first National Women’s Chess Championship title in her third appearance at the elite event.

“It is an amazing feeling to win my first national women’s title. I anticipated it halfway through the rounds, but the feeling of winning is almost indescribable.”

Her final-round game against fellow junior WCM Raehanna Brown proved to be her most difficult match since a loss would force the championship into a play-off. However, this didn’t deter the future champion who managed to survive a difficult encounter with the determined WCM Brown, who went all-out in the final match.

Despite employing the King’s Indian Defence and managing to complicate the game, WCM Brown missed several opportunities which allowed WCM Clarke to manoeuvre her way through the arduous match and secure a draw along with the title.

“Going into my last match, I was nervous. However, as the game progressed, I regained my focus and confidence, as I had only one thing on my mind: winning the championship!” echoed an ecstatic WCM Clarke.

This victory made her one of only four female players, after Woman International Masters Deborah Richards-Porter, Rachel Miller, along with Claire Clarke-Grant, to win the National Women’s Championship title as juniors (under 20). In addition to her national women’s title, she also won her fourth National Girls’ Junior Chess Championship title last month after winning a play-off against WCM Brown.

Both events were made possible through the sponsorship of the Sports Development Foundation, the Jamaica Olympic Association, and Christar Villas Hotel.