Ebanks takes his seat on the paralympic board 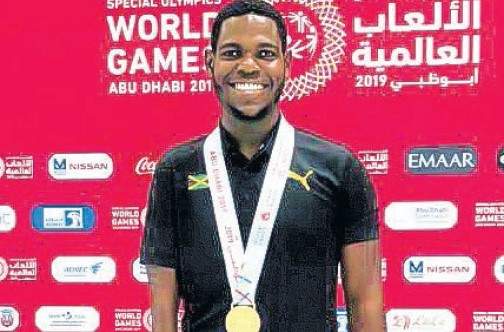 The Jamaica Paralympic Association (JPA) is a leader in athlete advocacy, having first introduced athlete representation at the board level in 2009 when the outstanding Paralympian Tanto Campbell, now retired, became a voting member of the board of directors.

Today, first-year Norman Manley Law School student Travis Ebanks will take his seat at the table with a vote and, in partnership with other JPA directors, chart the future of the local paralympic movement.

Responding to his new status, Ebanks remarked: “I see this as an opportunity to serve my fellow athletes and my country to a greater extent and I will do my best to represent the interest of the athletes and to ensure the paralympic movement in Jamaica is lifted and put forward in the best possible way, working alongside my fellow directors.”

The JPA is the governing body for para sports in Jamaica and has been a strong voice for athlete representation.

JPA President Christopher Samuda, in commenting on Ebanks’ entry to the boardroom, said: “The voice of the athlete is critical to decision-making. It must not only be heard, but also heeded as athletes are sounding boards of the currents on the ground which we, as policy makers, must give active consideration in building trust, confidence and consensus.”

Ebanks plays badminton and he is hoping to create history by being the first para athlete to compete in the sport at a regional and international game.

“The JPA empowers our para athletes in their sport life and for life after sport and I encourage associations to embrace athlete representation at the policy level as we build the next generation of leaders to take the reins of governance and create a greater legacy than ours,” Samuda said