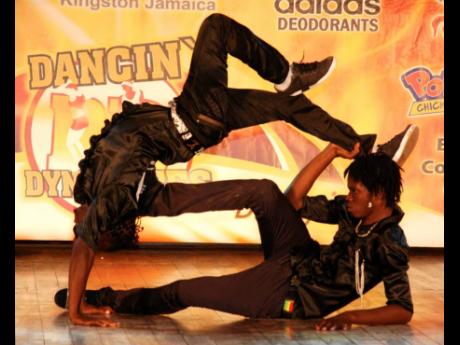 The Jamaica Olympic Association (JOA) is already considering the nation’s participation in break dancing should it be added to the list of sporting disciplines for the 2024 Olympic Games in Paris, France.

Break dancing, ‘breaking’, or ‘b-boying/b-girling’ as it is more colloquially known, is a form of street dancing which sees dancers performing athletic moves such as handstands and freezes to urban music genres such as dancehall, hip-hop, pop, and pubstep.

The International Olympic Committee voted in June for a proposal to bring the dancing discipline to the Games. This vote was just eight months after breaking featured at the 2018 Summer Youth Olympics in Buenos Aires, Argentina. However, whether the discipline officially becomes a part of the Olympic Games will be decided by a final vote in December 2020.

JOA president Christopher Samuda says that he has already given thought to Jamaica’s participation as it was also proposed by the Jamaica Paralympic Association, of which he is also the president, to the Paralympic Movement. He says a similar proposal is now being worked on for the Olympic Movement.

“That is something that is on the cards for us, going into the Olympics,” Samuda told The Gleaner. “We’re expecting strong representation in other activities than track and field, and this should be one of them (should the voting be in favour of its addition). It has not yet been raised with the Ministry of Entertainment and Sports, but it is something that would be for the Olympic movement.

“If we follow the model that I had adopted for the Paralympic movement, we simply ask somebody we know could deliver, and we commission that person to spearhead the project.”

Local dancer Conray Richards, a co-founder of local five man dancing crew ‘Shady Squad’, is eager to see a favourable voting process in 2020. He says that given the art form’s ties to hip-hop, which has roots in reggae music, the country should objectively consider its participation. He believes it could create more opportunities for Jamaica’s dancers and entertainment industry.

“It’s big news for the dance community,” Richards said. “A lot of Jamaicans are break-dancers. My group, a part of our style includes break dancing. It’s definitely an opportunity for a lot of dancers in the community to explore and to express themselves and be discovered and recognised internationally. So, we’re looking forward to seeing how it comes together, to seeing who’s chosen as part of the panel to put the team together, to hear about the rule structure, and to get that opportunity to represent Jamaica internationally.”

But Richards says that Jamaica would not necessarily be one of the top nations in the new sport as there are dancers from other areas of the world who have been breaking for much longer than most local dancers. For this, he recommends more training for local dancers, especially since the Paris Games are five years away.

“As a dancer, I’m more aware of the powerhouses when it comes to this style, and I believe that we have very skilled dancers here,” he said. “But not all break-dancers have had opportunities to have a formal education in this style itself. There are certain things about it you just have to know.

“You wouldn’t expect the Reggae Boyz to win the World Cup right away. Everything takes times. Same here. It’s about focusing and finding out what is needed, and whoever we send forward should be educated so they can represent properly.”