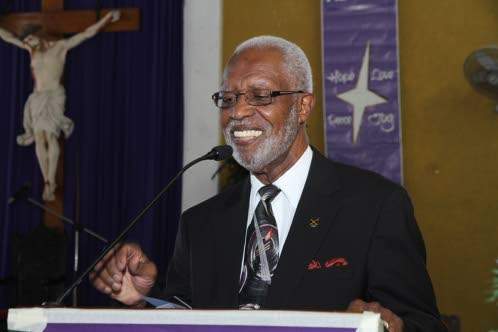 Jamaica’s five-member boxing team departed the island yesterday for Trinidad and Tobago where they will contest the Caribbean Boxing Championships which gets under way today and end next Monday.

The team of middleweight Jonathan Hanson, Elite featherweight Lisa Frazer, Youth featherweight Sherikee Moore, Youth light welterweight Britney McFarlane, will be joined by Super heavyweight Ricardo Brown and welterweight Joshua Frazer. Manager Leroy Brown and coaches Gilbert Vaz and Dewith Frazer will also be on hand with the team. Brown and coach Frazer were expected to join the team in the twin-island republic as they travelled from Canada.

Boxing Board General Secretary Leroy Brown believes the small but talented team will give a good account of itself and possible secure a few medals.

Ricardo Brown was in Canada being specially trained at Coach Frazer’s boxing studio, as he is rated as a medal prospect for the Olympic Games next year.

Four boxers received funding from the Jamaica Olympic Association, while the other members of the team were funded from private donations.

General secretary Brown was also happy that the board was able to send three female boxers to the Championships, which falls in line with its attempt to get more females involved in the sport next year.