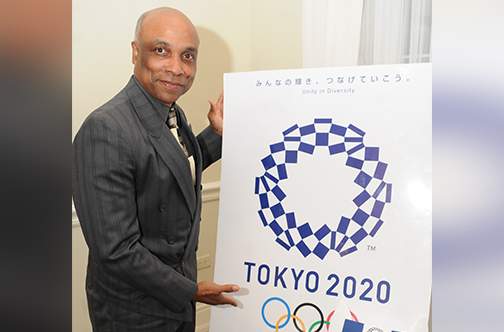 President of the Jamaica Olympic Association (JOA) Christopher Samuda has come out in support of the position of International Olympic Association (IOC) boss Thomas Bach who said that despite the threat of the novel coronavirus disease (COVID-19) it was not the time for “drastic decisions” over the staging of the Tokyo Olympics set for July this year.

Following consultations on Tuesday with stakeholders, the IOC said it remained fully committed to the Games to be hosted by Tokyo in the summer, and Samuda, who spoke to the Jamaica Observer between meetings Tuesday afternoon, said he was in agreement with the global body.

“I entirely agree with President Bach and the IOC that at this time, drastic decisions should not be made, particularly in view of the fact that, as I understand, there is medical opinion that supports the view that the virus will somewhat abate as summer approaches,” said the JOA head.

The IOC and the organisers in Tokyo have come under increasing pressure to postpone the global sporting spectacle in the wake of the pandemic that has affected thousands worldwide.

Samuda said caution must be taken as it pertains to the nation’s Olympic athletes whose welfare is tied to the successful staging of the Games.

“Further, when dealing with athletes to whom we owe our existence in sport and some of whom have their future and welfare inextricably linked to the events such as the Olympic Games, decision-making cannot be done lightly or drastically without due consideration for all governing factors including time,” said Samuda.

He urged patience and getting as much information as possible before making any drastic decisions, and said hopefully in the next month or so, more will be known.

“The Jamaica Olympic Association prides itself in taking informed positions when dealing with the lives of persons and the staging of events which are in and of themselves milestones in the lives of individuals and institutions. I, therefore, will give the matter more time as I believe that perhaps in April circumstances will be such that will allow for a definitive statement on the matter,” he said.

Samuda pledged the JOA’s full support for the athletes and coaches, whom he said must be given every assistance to prepare.

“In the interim, as an experienced soldier understands too well the culture of strategic planning and preparation and the dynamics of time, our athletes and coaches must continue to prepare, not only for today, but for tomorrow and the days thereafter.

“Despite the emotional, psychological, and training and competition logistic challenges facing our athletes and coaches, with which I fully empathise, they must remain conditioned — physically and mentally — for battle and ready to face, disappointingly, but not defeated, any eventuality. The JOA stands firmly with them in this hour and in the days ahead,” Samuda ended.