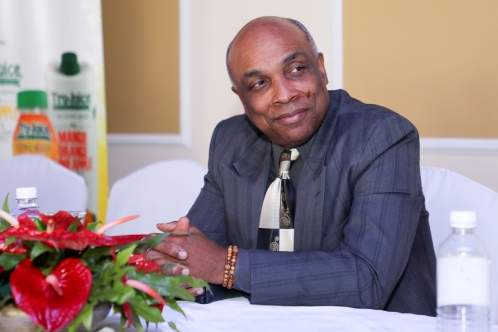 NATIONAL representatives in a wide range of sporting disciplines have come out in support of monies spent by the Jamaica Olympic Association (JOA) to foster the overall development of athletes across a wide spectrum, thus enabling their efforts at qualifying for major international competition, headed by the Olympic Games.

The athletes’ response follows recent criticism levelled at the JOA as it leverages its ‘Pathway to Success’ mantra adapted by the administration led by President Christopher Samuda.

Notably, the country’s apex sporting body has invested over $200 million in its affiliate bodies and their athletes to participate in international competitions that serve as part of the qualifying series towards the Olympics and other games, support for elite-level coaches and their development, as well as scholarship programmes.

Commenting on how JOA’s contribution has proven beneficial, Alton Brown, a karate representative who is currently in the qualifying process for the 2021 Tokyo Olympic Games, said: “With the JOA’s support we were able to take a team to last year’s Pan American Championships where we made history. My colleague, Jessica Cargill qualified for the Pan American Games and I made history for being the first-ever Jamaican karate athlete to medal at a major continental championship,” said Brown.

Shauna-Kay Hinds, a Para taekwondo athlete who won bronze for Jamaica at the Parapan American Games in Peru last year, said: “I have been to about eight countries, including Mexico, Costa Rica, Peru, Brazil, the United States a couple of times for training and competition through funds provided by the JOA.”

National star netball player, Shanice Beckford, said: “The JOA and Mr Samuda has been tremendous to us. They always give us a helping hand in times of need, and we really appreciate it. They have assisted us in many competitions, and we also have a competition coming up in December and they have decided to help us for that competition.”

Multiple Olympic and World Championship relay gold medal champion, Michael Frater is chairman of the JOA Athletes Commission. He pointed out that the commission was formed under this administration and spoke of the importance of athletes having a voice at the boardroom table.

“I’m also a member of the JAAA but we only deal with track and field,” said Frater. “At the JOA we deal with all sports, so it’s a matter of spreading the love basically, among all sports – and I believe we’ve been doing a very good job at that.

“What is important is building foundations for the different organisations here. We’re a powerhouse in track and field, but we’re also trying to develop other sports as well. That’s where the JOA is doing a very good job – building up the so-called smaller sports. We don’t want to only have one major sport at the Olympics, we need to have athletes from all sports competing at the Olympics,” Frater outlined. “What I think is big is funding for the other sports, and that’s what the JOA is providing.”

She noted: “Without them, some of our travels wouldn’t be possible. Actually, in 2017 when we qualified for the CAC Games they helped us – they gave us stipend, travelling gear, working out gear, and the other day we got invited to the Chula Vista [Elite] Training Centre in San Diego. It was then that we qualified for the repechage, which helps in qualifying for the Olympics.”

Edie continued. “From a player’s point of view…the JOA is more personal. They meet the players, they talk to the players and that, for me, is the greatest benefit – to feel appreciated by a company that is sponsoring us. So everytime we link up with the JOA it’s like a family vibe.”

National 400m runner, Demish Gaye, noted: “I believe that they’re playing a very good role in helping with the funding of athletes. I believe the funding is very good because it helps to fuel certain things that we couldn’t deal with ourselves, for example nutrition and medical bills and so forth.”

Shaun Barnes, many-time National skeet champion who captained Jamaica’s team to the CAC Games in Barranquilla, shared: “The basis with expansion of my sport came about from the recognition of the Jamaica Olympic Association wanting more participants in shooting.”