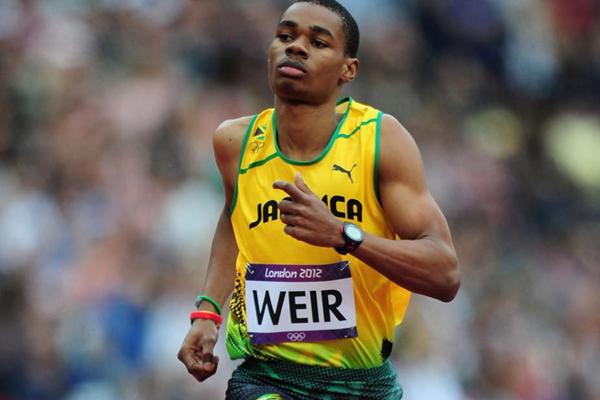 Warren Weir is a Jamaican sprinter, who specialized in the 200 metres. He was the bronze medallist in the event at the 2012 London Olympics, helping Jamaica sweep the medals. In 2013 at the Moscow World Championships, Warren Weir won the silver medal equalling his personal best. He finished behind Usain Bolt who set a World Leading time. His personal best is 19.79 seconds set at the National Stadium in his home country Kingston, Jamaica. He has since equalled his personal best in Moscow, in the World Championship final. He trained with the Glen Mills-coached Racers Track Club, alongside Usain Bolt and Yohan Blake.