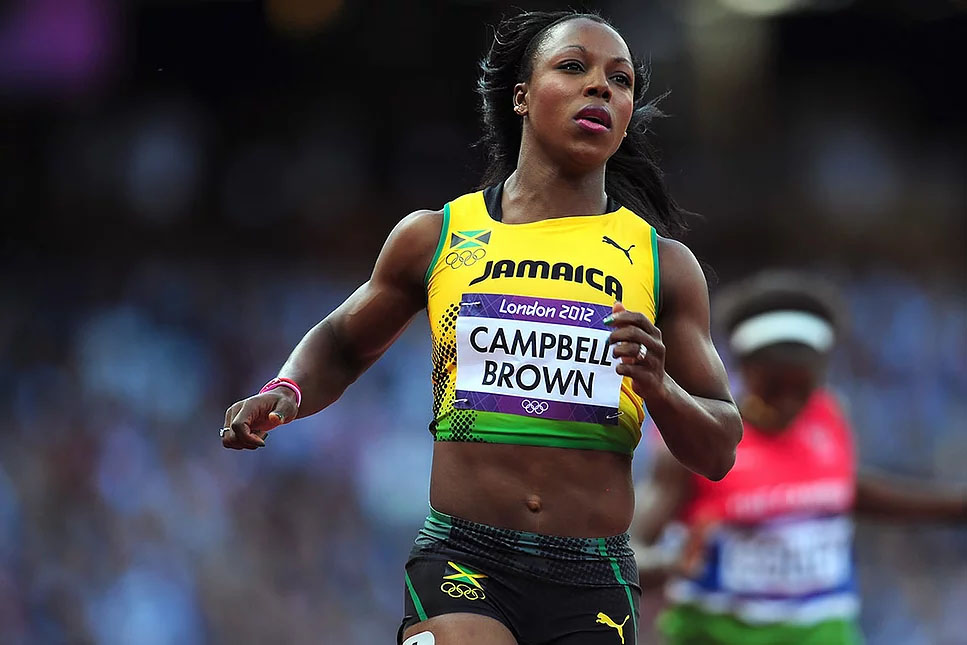 Veronica Campbell-Brown never seems to stop winning. In the 2008 Beijing Olympics, she sprinted to her greatest triumph ever, stoutly defending her Olympic 200 metre crown in 21.74 seconds. Only one other female athlete has managed repeat victories in the event.

That came a year after her historic 2007 World Championship 100 metre victory. No Jamaican had ever won a major senior international title in the event until Veronica did.

VCB’s sequence of big wins began in 1999, when she sped to success in the 100 metres at the 1st World Youth Championships. That was followed by a historic sprint double at the World Junior Championships in 2000, weeks after she took an Olympic silver medal for her part on the Jamaican sprint relay team.

Her first individual senior honour came in 2002, the year after the Troy native left Vere Technical High School, with a silver medal in the 100 at the Commonwealth Games. In 2004, she took bronze in the Olympic 100 final, gold in the 200 metres and anchored Jamaica to gold in the 4×100 metres.