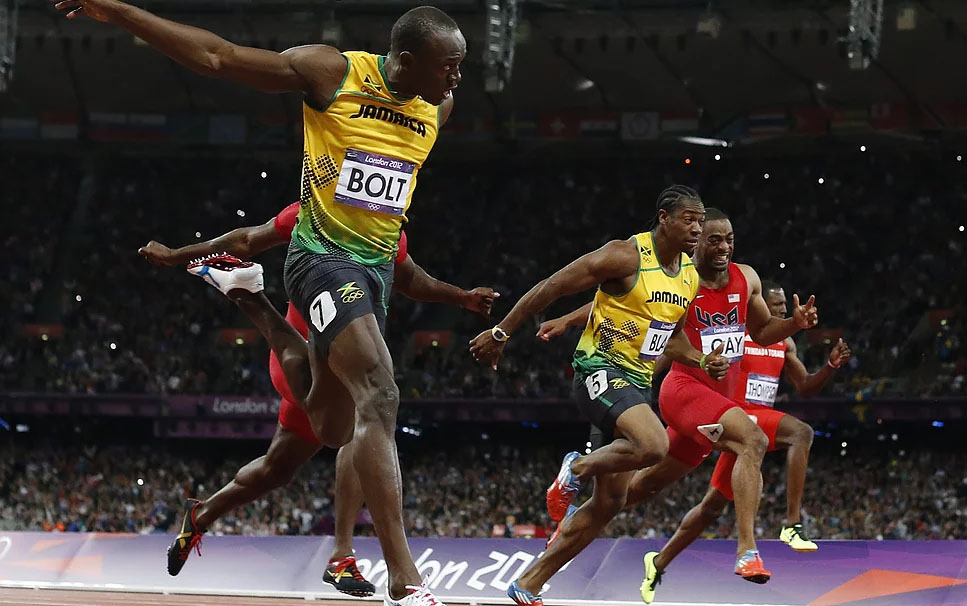 Remarkable as a youth, Usain dazzled the world in the Beijing Olympics in 2008 with world record runs in the 100 and 200 earning him gold medals. World Junior 200 metre champion at only 15, the William Knibb Memorial High School graduate matched and broke the world junior record before he was 18, becoming the first under 20 athlete to run 200 metres faster than 20 seconds.

Injury affected his running at the 2004 Olympics but since then he has steadily improved. In 2007, he broke Donald Quarrie’s long standing Jamaican record and placed second at the World Championships.

Others like Jesse Owens, Bobby Morrow and Carl Lewis had done the Olympic sprint triple but not with three world records.

At the 2012 London Olympics, Usain Bolt repeated his Beijing performance by winning the 100m, 200m and was an integral member of the winning 4x100m team, albeit not in world record breaking times. The 100m winning time of 9.63 seconds was an Olympic Record. This feat propelled him to recognized as a “legend”, as he became the only athlete, male or female, to win back to back (double triple) titles in those disciplines.