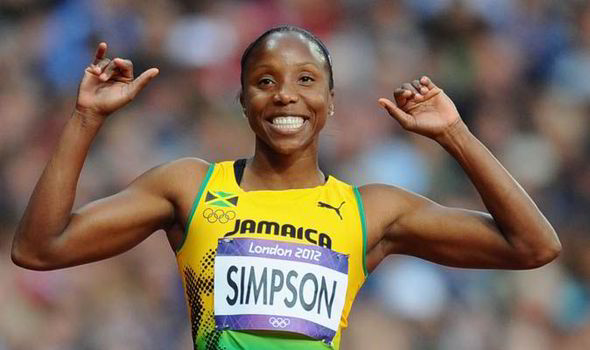 Sherone Simpson (born 12 August 1984) is a Jamaican track and field sprint athlete. She is a gold medalist in the 4 × 100 m relays from the 2004 Olympics and silver medalist in 2005 World Championships and now is the silver medalist in the individual event at the 2008 Summer Olympics, after she tied for second with Kerron Stewart in a photo finish.

With her personal best of 10.82 seconds in the 100 m, Simpson is ranked 6th among Jamaican women, behind Shelly-Ann Fraser (10.70), Elaine Thompson (10.70), Merlene Ottey (10.74), Kerron Stewart (10.75) and sprint veteran Veronica Campbell-Brown (10.76). Simpson’s 200 m personal best of 22.00 seconds ranks her sixth among Jamaican women behind Merlene Ottey, Grace Jackson, Juliet Cuthbert, Veronica Campbell-Brown and Kerron Stewart. She has run this time on two occasions. Simpson is coached by Stephen Francis in Kingston, Jamaica, where she attends the University of Technology. She is also a graduate of Manchester High.

Simpson won the gold medal in the women’s 200 m at the 2006 Commonwealth Games, beating Olympic champion Veronica Campbell and completing a Jamaican sweep of 100–200 m gold medals. Jamaica also won both sprint hurdles gold medals.
Kerron Stewart
Nesta Carter
This website uses cookies to improve your experience. We'll assume you're ok with this, but you can opt-out if you wish. Cookie settingsACCEPT
Privacy & Cookies Policy