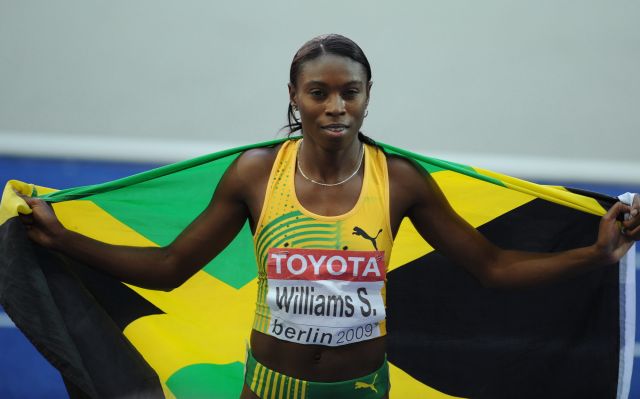 Together with Novlene Williams, Ronetta Smith and Lorraine Fenton, she won a silver medal in 4 x 400 meters relay at the 2005 World Championships in Athletics. She also competed in the individual contest but was knocked out in the semifinal. Two years later, she won another silver medal in the 4 x 400 meters relay event at the 2007 World Championships in Athletics, this time with Shereefa Lloyd, Davita Prendagast and Novlene Williams. The team set a national record in that race, finishing second to the United States in a time of 3:19.73.

At the 2008 Summer Olympics in Beijing, China, Williams won the silver medal in the 400 meters in a personal-best time of 49.69 seconds. She also won bronze in the 4 × 400 m relays with Shereefa Lloyd, Rosemarie Whyte, and Novlene Williams.

At the 2012 Summer Olympics, she only competed in the 4 × 400 m relay, winning a silver medal with the Jamaican team of Christine Day, Rosemarie Whyte and Novlene Williams. She was also part of the Jamaican 4 × 400 m team that won gold at the 2014 Commonwealth Games with a Commonwealth Games record.
Michael Frater
Danny McFarlane
This website uses cookies to improve your experience. We'll assume you're ok with this, but you can opt-out if you wish. Cookie settingsACCEPT
Privacy & Cookies Policy