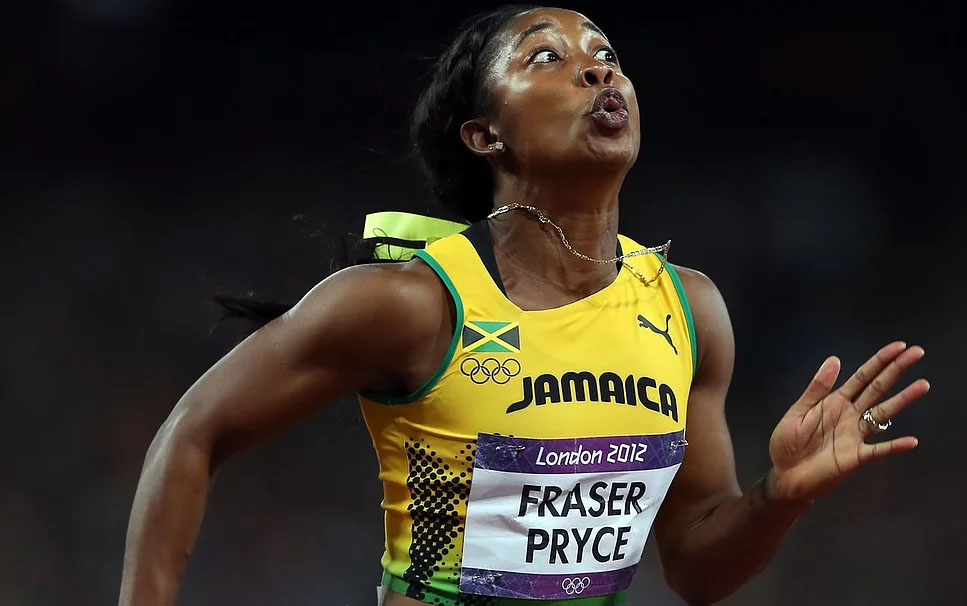 Shelly-Ann Frazer seemed to appear from nowhere to emerge as 2008 Olympic 100 metre champion in Beijing. Keen observers would have seen her at ISSA Girls Championships 4 years earlier winning the class 2 100 metres in 11.73 seconds for Wolmers’ Girls School. Though hampered by shin splints, she placed second in class 1 in 2005 with progress camouflaged by a brisk headwind of 2.4 metres per second and restricting her time of 11.74 seconds.

Built in the compact mold of Lileith Hodges, Shelly-Ann may have had sprinting in the blood as her mother was once a speedy young lass.

She took her gifts to the University of Technology and advanced sufficiently to help Jamaica to qualify for the 4×100 final at the 2007 World Championships in Osaka, Japan. When the team placed second in the final, she took home a silver medal. That taste of success presaged a super 2008 season. She set two 100 metre personal bests in the super fast Jamaican Championships and in Beijing, sprinted to victory on 10.78 seconds and then deliriously jumped for joy.

This victory made her the first Jamaican woman to win Olympic gold in the 100 metres.