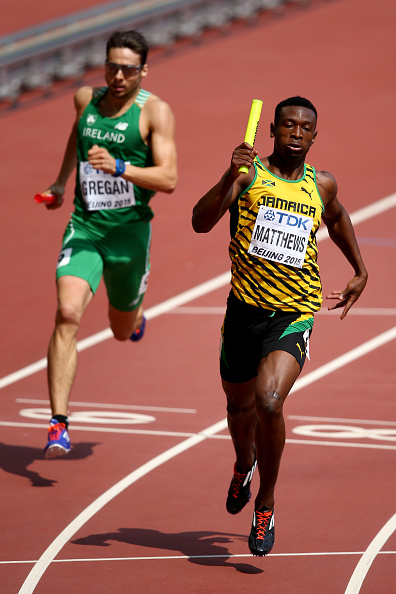 Peter Matthews (born November 13, 1989) is a Jamaican sprinter specialising in the 400 metres. He is an Olympic silver medalist as a member of the Jamaican 4 × 400 m relay team in Rio.

He competed at the 2015 World Championships in Beijing reaching the semifinals. In addition, he won the silver medal at the 2011 Summer Universiade.