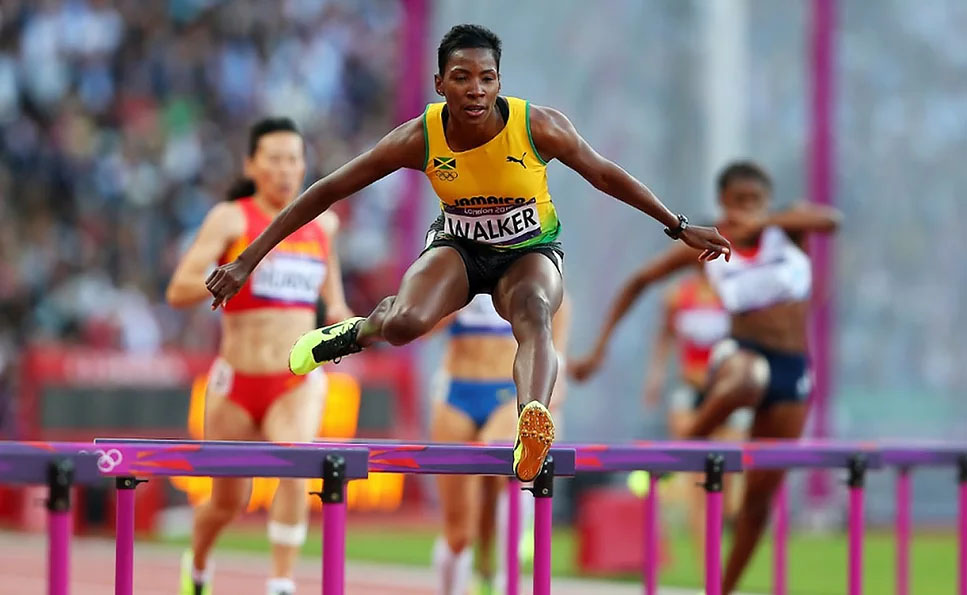 An injury redirected Melaine Walker’s considerable gifts to the 400 metre hurdles in 2000 and led to the St Jago graduate winning gold in 2008 in Beijing. Previously, Melanie had been a sprinter who hurdled with promising 200 metre results at the World Youth and World Junior Championships.

In Beijing, she was dominant. Her fine run of 52.34 seconds broke the national record set by Deon Hemmings in Atlanta and established a new Olympic record.

As a junior athlete, she had won silver and bronze medals at the World Championships. Before heading for college in the USA at Essex County College and the University of Texas, she had actually defeated Hemmings in a 2001 race in Barbados while she was still a schoolgirl.