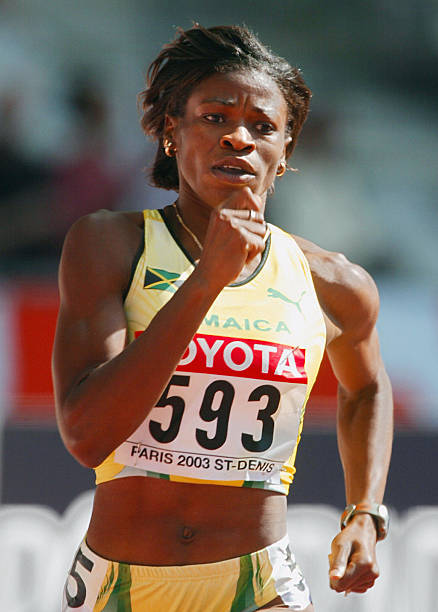 Lorraine Fenton (born Lorraine Graham) is a retired Jamaican athlete who specialized in the 400 meters.

She missed the 2004 Olympic season due to a hamstrings injury but returned to win a silver medal in the relay at the 2005 World Championships in Athletics (together with Shericka Williams, Novlene Williams and Ronetta Smith). She retired after the 2006 season.
Beverly McDonald
Warren Weir