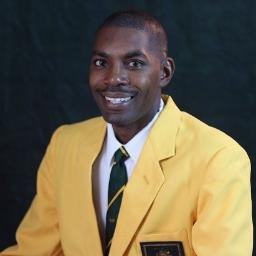 Gregory “Greg” Haughton is a Jamaican 400 meters runner. He won three Olympic medals, one at the 1996 Summer Olympics and two at the 2000 Summer Olympics. His personal best for the 400 m was 44.56 seconds.

Individually, Haughton was the bronze medallist at the 2000 Sydney Olympics and won bronze medals over 400 m at the World Championships in Athletics in 1995 and 2001. He won gold medals at the 2001 Goodwill Games, 1999 Pan American Games, 1993 Central American and Caribbean Championships in Athletics. He was twice NJCAA Champion and a three-time NCAA 400 meters champion. He won five Jamaican national titles in his career.

Haughton was inducted into the Virginia Sports Hall of Fame (1997), George Mason University Hall of Fame (2001), and the Carreras Sports Foundation Male Athlete of the Year (1999–2000). In April 2011 Greg Haughton received the award from the Inter-Secondary Schools Sports Association for Outstanding Contribution to Track and Field in Jamaica.