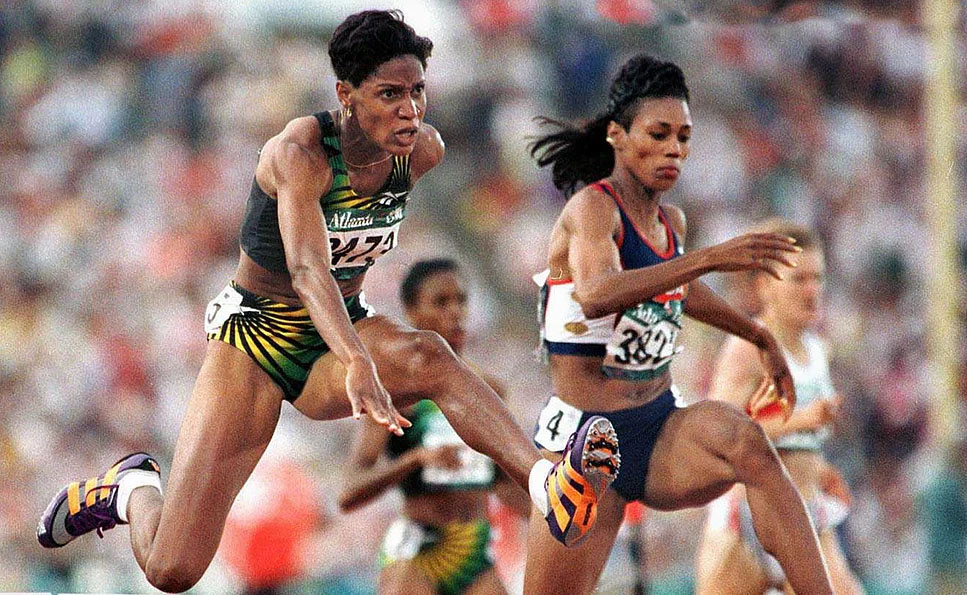 Deon Hemmings had a quiet high school athletics career at York Castle High School and Vere Technical High School but nevertheless rose to become the first Jamaican woman to win an Olympic gold medal. The leggy St Ann native ascended through the ranks of the 400 metre hurdles while at Central Ohio State University and reached her first international championships final at the Barcelona Olympics.

After finishing third in the 1995 World Championships, she twice broke the Olympic record in the 1996 Atlanta Games to win the gold medal ahead of world record holder Kim Batten of the United States with a time of 52.64 seconds. This time stood as a Jamaican record for 12 years.

Deon won the Olympic silver medal in the 2000 Olympics and established herself as the finest female 400 metre hurdler in Olympic history.